Changes to the HOS Rules Could Give Truckers More Freedom 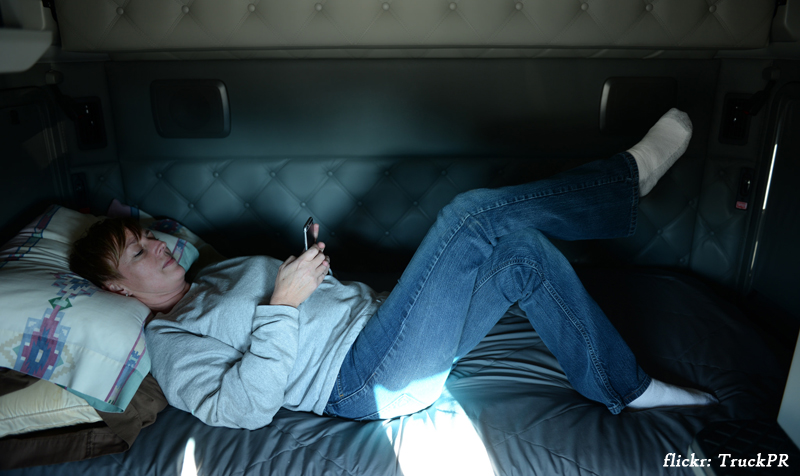 According to the Transportation Housing and Urban Development (THUD) funding bill a study mandated by the FMCSA may allow drivers to spend more time on the road.

The funding bill would remove the 2011 restart provision and restore the 2005 restart rules which does not require two 1 a.m. to 5 a.m. periods and allows unlimited use of the restart provision. However the 30-minute break requirement would still carry over and stay in effect.

The study will need to establish which of the two restart provisions is safer for CMV drivers which takes into consideration road traffic safety driver fatigue and driver health. If the study finds that the restrictions imposed in 2013 do not improve the overall standards of safety the entire restart could be eliminated.

As expected the proposed changes have not gone over well with traffic safety advocates.

“The latest efforts by the House and Senate are a few examples of this non-stop relentless attack by trucking interests these past three years to repeal reasonable safety rules that protect the public and truck drivers” said Jackie Gillan president of Advocates for Highway and Auto Safety.

However the American Trucking Associations released numbers in their news release that counters the sentiments of Gillan and other safety advocates.

“Truck-involved fatal crashes are down 21 percent since the current Hours of Service and restart rule framework went into effect in 2004” the news release read. “The American Transportation Research Institute found an uptick in crashes after the restart restrictions were imposed in 2013 as a result of a shift of more truck traffic to daytime hours.”

“On behalf of ATA I want to express our gratitude to the Committee…for their work in moving this bill forward” said ATA President and CEO Bill Graves. “In addition to allocating funding for important transportation projects this legislation will ensure that commercial drivers can still utilize the 34-hour restart provision of the hours-of-service rules.”