The Elite Fleet Names Outstanding Team as Drivers of the Month 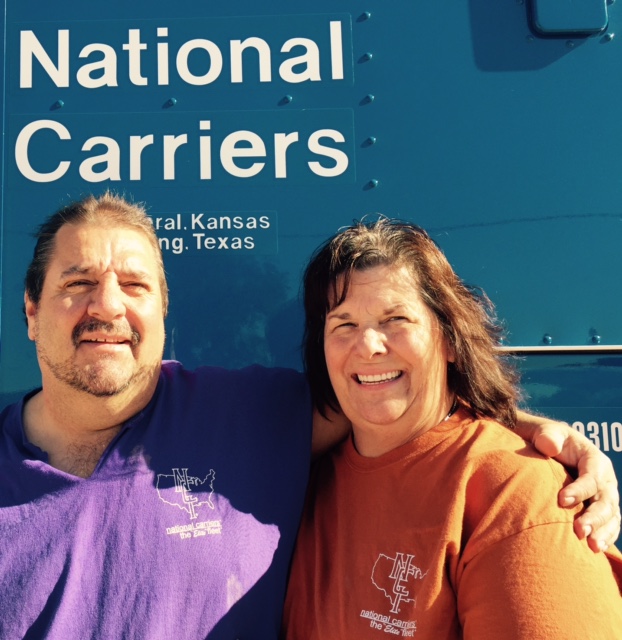 National Carriers Inc. has named team drivers Jesse and Jan James as Drivers of the Month for September 2015. They are residents of West Pueblo CO. They have driven as a team for over 10 years the last four while working for National Carriers. Together they operate a company truck in the NCI 48 State refrigerated division.

“Janice and Jesse James do an outstanding job for National Carriers when out on the road. They take care of business by delivering their freight in good order and on time. When they have a little extra time on a load they spend that time encouraging the NCI operations department to keep them moving. We appreciate what Janice and Jesse do for NCI and congratulate them on being named September Driver of the Month” said Loren Bridge Vice President of Operations and Sales.

In response to being named drivers of the month Jan spoke on behalf of the couple “We were
shocked when notified we’d been chosen. Every day we do our job and we love our job. Together with the load planners and dispatchers our NCI family executes as a team. We are thankful for this recognition.”

National Carriers is a diversified motor carrier servicing all 48 states in the continental United States with transportation offerings which include refrigerated livestock and logistics services. At National Carriers our mission is to be the safest most customer-focused and successful motor carrier in our class. Being part of the Elite Fleet® means enjoying a career worthy of your skills and commitment to excellence.