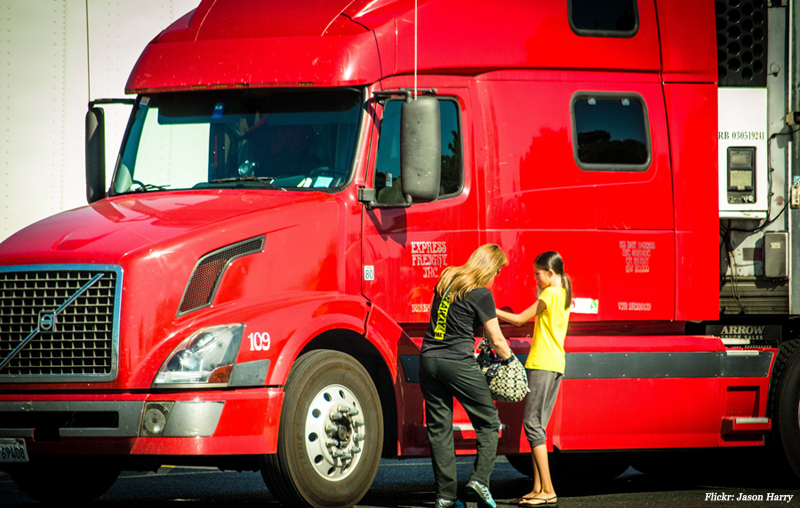 Teenagers may soon be adding “drive a commercial truck” to the list of things they can do once they turn 18.

Congress has proposed a bill that would lower the minimum age to receive a Class A Commercial Driver’s License from 21 to 18. Under the current law drivers 18 and older are allowed to operate trucks within state lines but cannot drive interstate until they turn 21.

If the bill passes states would have the option to join together in “compacts” that would allow interstate travel for drivers 18 and older.

Senator Deb Fischer who introduced the provision finds the current federal law flawed.  Fischer wrote in a statement “It does not make sense that the same driver can drive 500 miles from San Francisco to San Diego but cannot simply cross a bridge from [state to state].”

As expected advocates of highway safety have expressed considerable opposition to the bill who refer to this eye-opening statistic: drivers aged 18-20 are 66 percent more likely to be involved in a fatal crash compared to drivers 21 years or older.

Jackie Gillan president of Advocates for Highway and Auto Safety fears that “allowing teens to drive trucks weighing as much as 80000 pounds and to work as many as 82 hours a week as is permitted in the truck industry is a catastrophe waiting to happen”.

Dave Osiecki the Executive VP of the American Trucking Association understands these concerns and responds by mentioning that “not every 18- or 19-year old should be behind the wheel of a truck” and with proper training there isn’t much difference between in-state and interstate trucking.

There would be restrictions in place for teenage drivers under the new bill such as oversized loads and hazardous materials. Individual states and the Department of Transportation would also have the option to add on to these restrictions.

The trucking industry has been strongly supporting this bill as they view the current system as a major deterrent to the younger workforce which factors into the ongoing labor shortage.

Sources:
Truckers Report
Fortune
US News
About The Author
Classadrivers.com