Should Truckers Be Worried About Job Security? 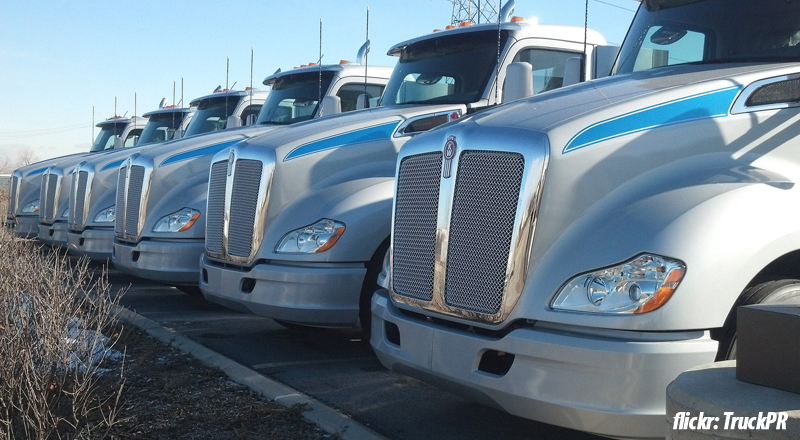 Earlier this year falling gas prices and a rebounding economy looked promising for the trucking industry but several large companies are reporting challenges for their business that could impact their ability to hire or increase pay for drivers. Companies like Saia CH Robinson Worldwide Swift Transportation and Cummins all reported lower than expected earnings a possible indication that demand for their services is softening. With such gloomy reports should truckers be worried about their job security?

Saia reported a 4.6 percent drop in revenue from the previous quarter and a 27.7 percent fall in net profit. That drop hit at the same time the company is seeing increased employee expenses. That resulted in four percent of the company’s drivers losing their jobs at the end of October.

While Saia has had to make small staffing cuts the higher wages and benefits promised to current staff won’t be affected according to CEO Rick O’Dell. On average drivers with Saia saw a four percent wage increase with the company also seeing a ten percent jump in the cost of health benefits. “The driver market continues to be tight” O’Dell told the Wall Street Journal. “That’s going to continue in the future.” Employee wages and benefits make up nearly 60 percent of Saia’s operating expenses.

Saia isn’t the only one raising wages this year. The average annual pay for the industry has hit a record high of $57000—that’s a thirteen percent increase from 2013.

With wages on the rise and some companies experiencing lower profits what changes will be made? Saia is expecting a four to six percent increase in their prices next year. O’Dell admits that change could be tough as they’re also seeing more competition than anticipated as well.

A representative from CH Robinson Worldwide told Investor’s Business Daily that trucking companies will likely struggle to raise rates since intense competition for business may lead to lowered rates next year.

While some companies are cutting positions to match the lowered revenue driver pay is seeing increases across the board. “We expect to continue to raise our driver pay in 2016 and probably in 2017 2018 and beyond” Knight Transportation CEO David Jackson told the Wall Street Journal. “That’s not going away.”