Self-Driving Trucks May Be Available Sooner Than You Think 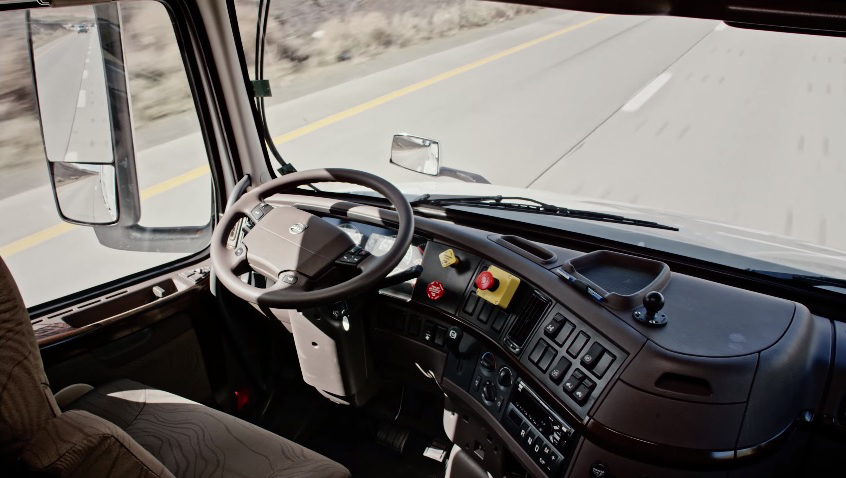 Former employees of Google Apple and Tesla are putting their brainpower together in hopes of becoming the first to bring self-driving trucks to the road.

While companies like Daimler and Volvo Trucks are building self-driving trucks from the ground up the San Francisco-based startup Otto has shifted their focus to develop “kits” that would only cost $30000 and allow any truck built since 2013 to drive itself.

So when can we expect self-driving trucks to hit the road?

Otto is currently looking for 1000 truckers who are willing to test the self-driving kits on their truck. Drivers would still have to sit behind the wheel just in case anything happens and manually drive the trucks when they are not on the highway.

If there’s anyone who’s fit to lead the way it’s Otto’s co-founder and former Google engineer Anthony Levandowski who has been working on self-driving cars since 2004. Google’s self-driving cars have traveled 1.6 million miles on the road so far but have been responsible for only one accident.

According to the Department of Transportation trucks were responsible for 5.6 percent of all vehicle miles and for 9.5 percent of highway fatalities. The National Academies of Sciences Engineering and Medicine also estimate that 10-20 percent of all accidents involving trucks and buses are linked to driver fatigue.

“It is easier for us to convince ourselves that our technology is better than humans on highways” Levandowski said. “Initially there will be certain roads that we know we can drive more safely. On those roads we’ll tell the driver ‘You’re welcome to go take your nap or your break right now.’ If that’s 500 miles that’s 10 hours so he gets his full rest.”

The driver shortage which has been plaguing the industry for quite some time stood at 47500 in 2015 and is expected balloon up to 175000 by 2024. The hundreds of miles traveled daily on highways can produce boredom and unrest and Otto is hoping to eliminate those long lulls behind the wheel.

Levandowski hasn’t commented on a timeline as of now. The technology may be available soon but there will be a set of regulatory challenges standing in the way.