Pilot Program May Allow Teenage Truckers to Hit the Road 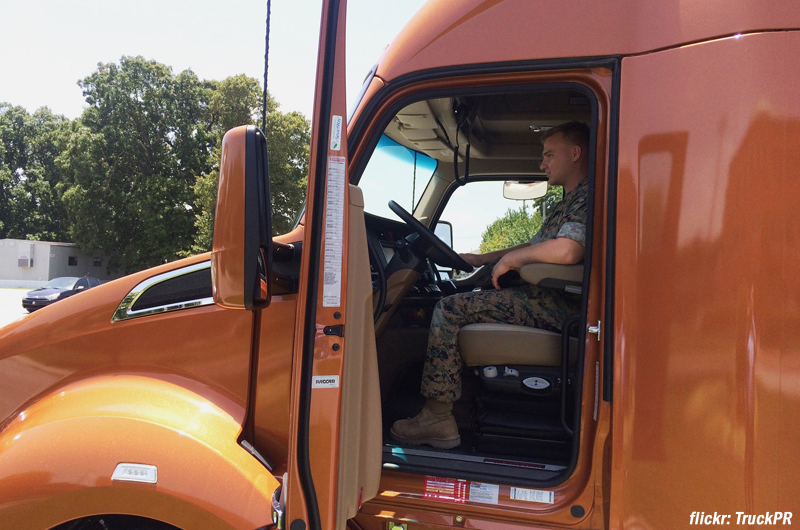 The FMCSA has proposed a three-year pilot program where a limited number of drivers between the ages of 18 and 21 with military experience would be allowed to operate commercial vehicles across state lines.

The study is a part of the FAST Act which was signed into law by President Obama last December.

During its three-year run the program will attempt to accomplish a couple of things; the study will determine whether age is a critical factor when it comes to safety while providing a career in trucking for young veterans.

In order to make that determination the safety records of the younger drivers will be compared to the records of drivers who are 21 or older with similar training and experience. Each group will consist of about 100 participants with each driver being required to use electronic logs and other monitoring systems. Only those with heavy-vehicle experience while serving in the military will be qualified to participate in the younger age group.

Dropping the minimum age requirement to 18 has been a goal for the industry for quite some time as many point to the age limit as a major cause for the well-known driver shortage.

“We all know the 18- to 21-year-old period is a time where we lose kids coming out of high school that don’t go to college but go to trade schools and into construction and other competing industries” said Dave Osiecki Executive Vice President of the ATA.

The FMCSA is currently seeking public input and comment on the pilot program here.

Should teenage truckers be allowed on the road? Share with others on CAD’s Forum!
About The Author
Classadrivers.com