Is Payment Per Mile Outdated and Dangerous? 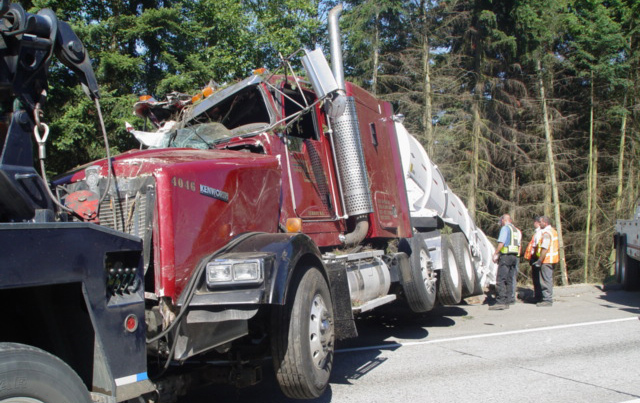 It’s no secret that the trucking industry is facing a very real issue with its shortage of drivers; the currently estimated shortage of 35000 drivers is expected to balloon up to 240000 by 2022.

Many blame the technological lag or the grueling time away from home for this shortage. However of the aforementioned factors one common complaint has been mostly glossed over.

Truckers have stated that payment per mile is the biggest reason for the recent crisis.

In a recent piece from the Los Angeles Times an anonymous driver spoke of this issue: “Because payment is by the mile warehousers and others don’t respect drivers’ time. Any inefficiency in their operation — and even from my own carrier — is soaked up by the driver at no cost to anyone else.”

This means a driver won’t see any money if they’re stuck in traffic or if their truck breaks down. It’s an unfair payment method which endorses a dangerous working habit. If speeding and reckless driving guarantees more money how is this legal?

The method of paying per mile is known as “piecework” pay which means a fixed rate for each unit produced. Piecework pay was once common in coal mining steel milling and the textile industries until the Great Depression but the trucking industry is one of the last to still employ this method.

15 years ago Reggie Dupré CEO of Dupré Logistics noticed the major flaw in piecework pay and decided to switch to an hourly wage with favorable hours on the road. The company’s crash rate reduced drastically while applicants flooded the door. Unfortunately Dupré Logistics is a rare breed when it comes to paying drivers an hourly wage.

In 2012 fatal crashes of large trucks and buses cost the U.S. economy an estimated $40 billion according to the Center for Disease Control and Prevention. Fatigued drivers and speeding are reported as two of the biggest factors for major crashes.