How Female Truckers Will Help the Industry 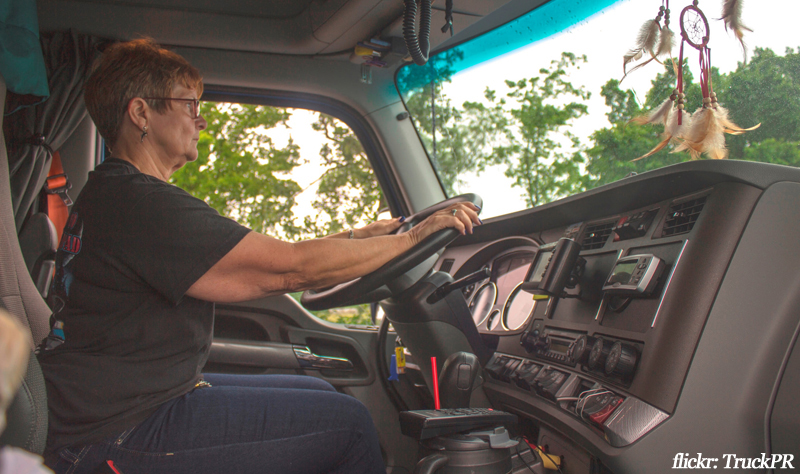 Trucking companies have shifted their recruiting focus towards female truckers in an effort to end the U.S. driver shortage and according to Werner Enterprises’ COO Derek Leathers female truckers are outperforming their male counterparts.

“It’s important to kind of rebuff the myths” Leathers said in a recent interview.

Werner is one of the many trucking companies that have shifted their recruiting focus towards women; prominent companies such as J.B. Hunt Swift Ryder Dedicated and Covenant Transport have also joined in on the movement.

For male truckers this should come as good news. As accommodations are being made in order to attract more women into the industry both men and women will benefit from it.

In a partnership with Women in Trucking Ryder Dedicated began making trucks that were more adaptable to the average woman. They installed adjustable seats and pedals for shorter drivers and created a less fatiguing automatic transmission. Although these changes were intended to help female drivers they will also prolong the careers of the aging male trucker population overall.

Companies and manufacturers are heavily emphasizing trucker safety such as Volvo taking extra measures by offering an alarm system to keep intruders at bay. Stephanie Klang a trucker of over 30 years sees a noticeable difference in safer truck stops cleaner terminals guaranteed home time and other factors that are making the career switch easier for women.

“I’d have to get up at 2 a.m. and they’d close the men’s room for me” said Klang. “Now the showers are all private and clean.”

Many companies allow truckers to bring their pets on the road and even offer no-touch cargo for minimal physical lifting. According to Char Pingel the membership director for Women in Trucking “Women don’t know they can do the job…It used to be burly truckers who endured without all the modern conveniences.”

For trucking companies the influx of female drivers may be beneficial in multiple ways; the pressure to increase wages in order to attract drivers may finally die down and although it’s from a small sample size safer roads may result from more female truckers on the road.