ELD Mandate: Too Much Stress, At the Wrong Time 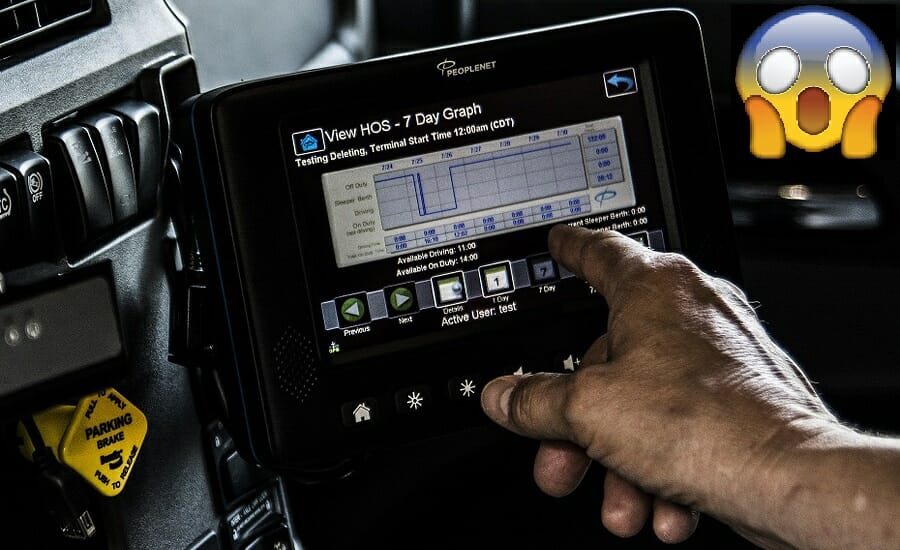 ELDs – good or bad? Meh…the situation could be better.

We have been asking our community of drivers what they think about the ELD mandate and we listened carefully to their feedback. We came to the conclusion that sure this is a law that may work in a perfect world but this world isn’t perfect. The mandate is adding up too much stress at the wrong time of the year.

Many drivers raised a number of valid concerns such as how these devices affect the 14-hour limit of on-duty time. We have recapped all the pros and cons below. Read on to find out what our truck drivers have been saying.

As of December of last year electronic logging devices are necessary additions to trucks.Let’s take a step back and review the whole debate. Here is the recap! 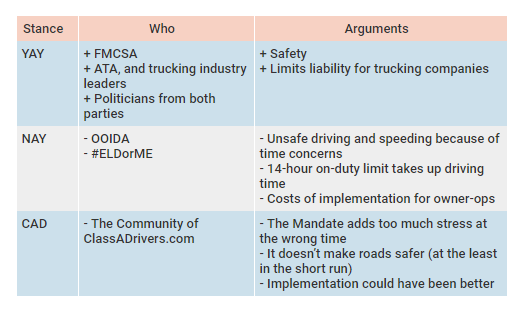 A host of regulatory agencies industry leaders and politicians – Republicans and Democrats – are backing the ELD mandate. These powerbrokers are convinced it will boost safety and efficiency industry wide.

The ATA (American Trucking Association) is a very strong voice on Capitol Hill.  Although the ATA supports the mandate they have reviewed and presented opponents’ arguments to the US Department of Transportation (DOT) in September 2017.

The DOT assured the ATA that they have addressed any concerns of ELDs causing a compromise in highway safety and is confident that ELD savings will far outweigh any claims of micro-management and invasions of privacy.

The bi-partisan bill was signed into law by the Obama administration. President Trump continues to support the implementation of the law.

What Are Their Arguments? The ELD mandate was signed into law under MAP-21 which is a funding and authorization bill for United States federal surface transportation spending. The bill aims to reduce the federal budget deficit by 16.3 billion dollars.

Although many drivers wanted a delay to the mandate policy makers won’t delay it because FMCSA’s research estimates ELDs will eliminate 1844 crashes save 26 lives and 562 injuries annually. The safety issue is the primary argument.

According to supporters of the bill many of the people against the mandate are simply ignorant of the rules or willingly ignoring regulations such as Hours of Service (HOS).

Strong opposition to the ELD mandate was presented by OOIDA (Owner Operators Independent Drivers Association) who stymied a drive by the FMCSA in 2010 to implement electronic recording devices.

OOIDA presented a lawsuit to the US Supreme Court that stated the mandate violated drivers’ Fourth Amendment rights linking it to unreasonable searches and seizures.  However the Supreme Court would not hear it.

#ELDorME a grassroots organization of truck drivers has come out swinging against the mandate.  They contend that ELDs micromanage drivers and cause them to lose the timing flexibility they had using paper logs. Additionally owner-operators will incur additional costs to implement and maintain the the ELDs.

U.S. Representative Brian Babin (R-TX) tried to delay the mandate. He spoke directly the President Trump from the floor of the House but the mandate went ahead as scheduled on December 18th 2017.

Most importantly the community of Class A Drivers has largely come out against the ELD mandate.

What Are Our Arguments?

One of the most common and strongest arguments against the mandate is how ELDs affect the 14-hour on-duty limit that drivers must comply with. The ELDs constantly monitor a driver’s on-duty time and this means drivers are always counted as “on-duty” whether they are sitting at a shipper/receiver or waiting in line to get fuel.

Truck driver Luke Nold a regular contributor to Class A Drivers says that shippers and receivers must accommodate drivers who are now driving with ELDs. 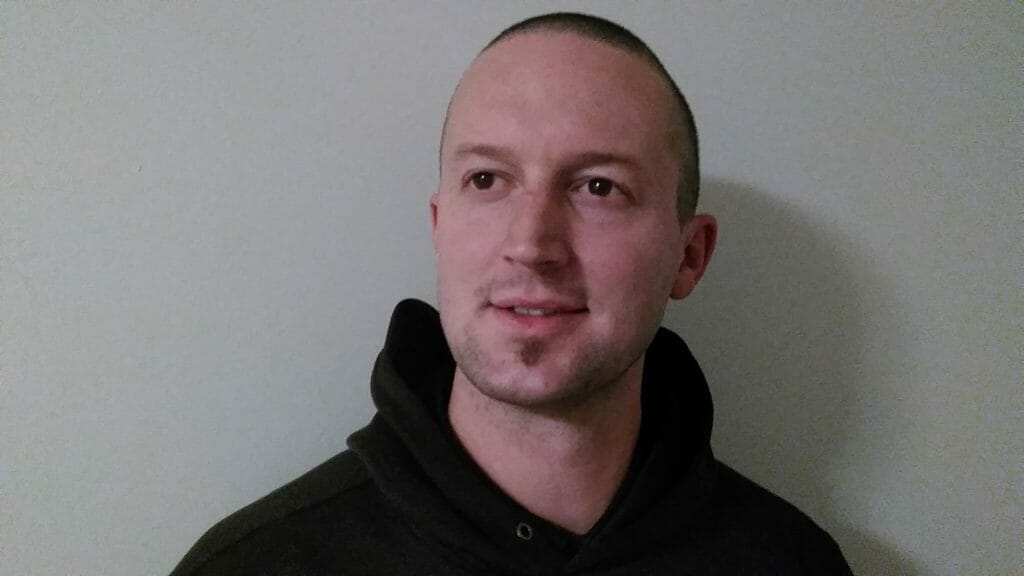 “[With ELDs part of the burden must be on the shippers and receivers as well as the drivers.] An hour or two difference in delivery times needs to be met and accepted by the businesses handling freight transported by semi’s.” – Luke Nold truck driver and regular contributor to Class A Drivers

This results in less driving time which means less pay for truck drivers. As a result drivers feel they must run as fast as possible. Truck drivers that race to beat the clock aren’t making the roads safer which is contrary to the entire point of the mandate.

The ELD clock is a constant stress bearing down on drivers. Inefficiencies between shippers and receivers and at truck stops add to that. In particular truckers that drive refrigerated trailers with produce often spend a lot of time getting unloaded and they lose valuable driving time – the only time they get paid. 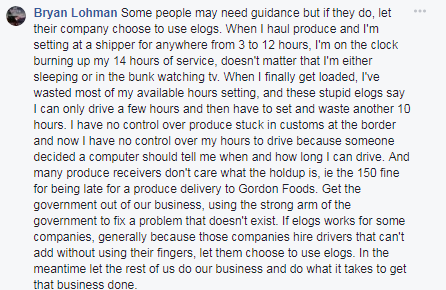 ELDs have been mandated for final adoption at the wrong time.

The mandate deadline for ELDs was December 2017 which falls exactly at the worst possible time for weather conditions and during the peak of the Christmas season. This adds even more stress when truck drivers are already feeling stressed from icy roads wind rain urgent deliveries.

The final implementation deadline should have been May 2018 or pushed even further ahead to May 2019? December is just not the best time and many trucking companies procrastinated on implementation. For owner-operators they are hard-working people and they may have also delayed adding their ELDs.

And the implementation could have been better.

Worsening the problem implementation could have been done better. The technology of ELDs isn’t perfect. Many drivers report incorrect logging of hours or other software issues. Drivers are stranded without any instruction or training about how to repair or correct the ELD reporting. And they don’t know how to report or fix it.

You’d think that law enforcement would be up to date with it right?  Well drivers also argue that the implementation of the devices has flaws and even the enforcement officers may not know how to properly read or use an ELD.

Another argument is that enforcement officers don’t understand the mandate stipulations and are confused about the differences between an AOBRD (automatic onboard recording device) and an ELD.  Although AOBRDs have been grandfathered into the new regulation until 2019 no driver wants to be wrongfully accused of committing a violation.

Because of the above problems the “ELD or Me” drivers argue that the mandate is causing skilled experienced drivers to leave the industry altogether.  This is already a problem when the trucking business needs more people to become a truck driver.

An exodus of truck drivers (in the middle of a driver shortage) could cause drivers who aren’t prepared to get pushed through trucking school just to fill the empty seats. These drivers may receive sub-standard training as a result.

The FMCSA already allows exemptions for pre-CDL drivers to drive team (against regulations). This proves that the agency recognizes the need for drivers and is even willing to allow them to drive team without a proper license.

To Conclude: What Can We Do?

We have been debating this question a lot recently. At Class A Drivers our mission is to help truck drivers be more successful.

A few truck drivers have even argued in favor of ELDs and that the problems mostly boil down to time management.  We will be reviewing and finding the best practices from truck drivers and trucking companies and sharing what we find with all of you.

We hope this helps. In the meantime let us know how can drivers successfully cope with this change!

How do you optimize your time and keep the stress level to a minimum?

What are the main issues that you have experienced when using the ELD? How do you report and fix an issue with the ELD?

How do you talk to a law enforcement agent about this issues and how do you report their mishandling of your case in a respectful and positive way?