Drivers as Employees: The Solution to Congested Ports? 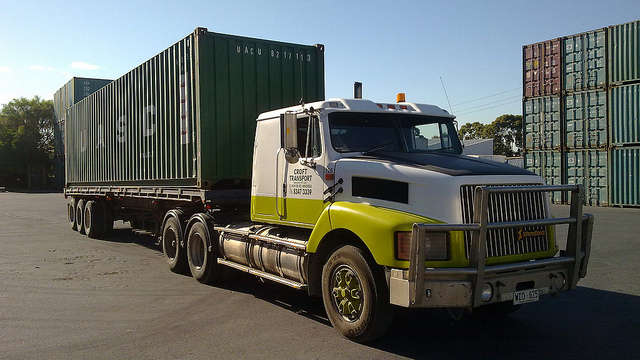 There’s a growing trend gaining momentum among trucking companies switching their fleets from owner-operator based to company driver. This is a reversal from years past during the recession where companies shed jobs and opted for contractor based options to carry the loads.

The recent shifts to Company driver fleets have specifically been seen within intermodal trucking where the share of all-employee companies in Southern California has doubled to nearly 5% in the past year.

Experts have said the intermodal market which generates $12 billion in annual revenue was in need of a major shakeup for a variety of reasons.

With California’s recent implementation of tougher emission standards independent drivers were required to purchase and drive newer trucks which forced many out of intermodal trucking. Trucking companies also paid millions of dollars in legal fees and court judgements due to litigation around its business practices with their owner-operator fleets.

According to the Wall Street Journal: “many port truckers have won wage claims against their employers before the California Labor Commissioner arguing that they were misclassified as independent owner-operators.”

These factors along with the recent trucking shortage have caused large ports to become inefficient and highly congested.

Noel Perry an economist with the research firm FTR Transportation Intelligence states that changes may soon become necessary: “If the port continues to have labor problems and congestion problems… there will be a permanent and perhaps continuing shift to new models.”

Eco Flow Transformation is one of the companies looking to bring a change in operation to the ports but they are facing a major hurdle when it comes to cost. According to the COO of a major transportation company “Nobody out there is willing to pay more for better service.”

However Eco Flow and other companies believe that they can keep the cost low by running a closely managed and efficient workforce. Although they may have to charge higher rates at times they believe that there is added value in a guaranteed service at any time.

“This is a real transformation not only for our company but for the industry” said Eco Flow’s chairman Jonathan Rosenthal. “[Intermodal] trucking needs to adapt to the changing trends in goods movement and this new company model is symbolic of that needed change.

Nick Weiner the port campaign director for the Teamsters sees this as the beginning of an important change “It’s not quite an avalanche but there are the first markers for this becoming a trend.”