Are Driver-Facing Cameras Coming to Your Truck? 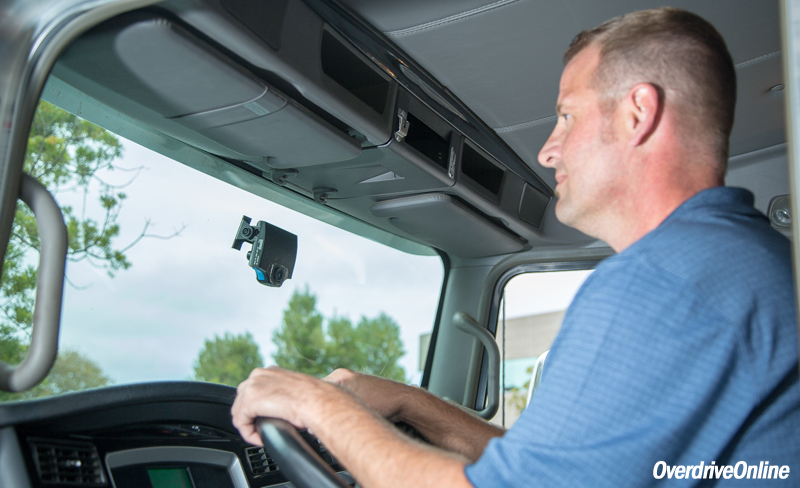 There have been some strong opinions from our members as they discuss the idea of implementing driver-facing cameras. These cameras have been another hot trucking topic that differs greatly depending on which side you ask.

Driver-facing cameras can become a trucker’s best friend or worst enemy depending on how careful they are on the road. This has been the stance taken by Swift Transportation and Martin Transportation System upon implementing these cameras.

Martin Transportation System with nearly 1000 trucks and 1400 drivers in its fleet is one of the early adopters of driver-facing cameras. Jeff Wood Martin’s director of safety and former truck driver believes that these cameras are there to help the truckers.

“I tell our drivers that cameras are a great silent witness because if nothing happens nothing is recorded” Wood said. “I also tell them that if they don’t like cameras then they shouldn’t go to the mall the grocery store or the gas station.”

Swift Transportation one of the nation’s largest freight trucking companies adopted the same driver-facing camera system in 2015 and ensured that truckers will not be monitored live and will only be pulled from the database to review footage from accidents. Swift’s president and COO told the drivers that “we are not watching the driver; we are watching out for the driver”.

However controversial the driver-facing cameras may be it has been proven to work; the Commercial Carrier Journal reported that a food distributor experienced 22 percent fewer accidents in its first two years of camera installations.

But drivers feel that these cameras are another item that invades their privacy just like the implementation of electronic logging devices.

Trucker Nancy L. Nyman shared her thoughts on the cameras: “Having a driver-cam recording what a driver does would be the same as installing cameras in all the Swift executives’ homes…A truck is our home so they should treat it like one.”

A CAD member in the forum went as far to say that a driver-facing camera in his truck would lead him to quit and he isn’t alone in his sentiment.

With the ongoing driver shortage the industry cannot risk upsetting its drivers but if companies like Swift and Martin find great return in safety and financial benefits it will be difficult for other companies to ignore.

Do you agree with Swift and Martin that driver-facing cameras are needed for safety reasons? Or are they an invasion of privacy? Share your thoughts with fellow truckers on CAD’s Forum!
About The Author
Classadrivers.com