10 Celebrities Who Were Once Truckers

These following celebrities some more famous than others were all once truckers before making it into show business. And who knows — they may have even found inspiration while they were on the road! Truckers can agree that those quiet moments behind the wheel can sometimes bring out the best in us.

Some of these former truckers are widely known in the trucking community so we did some extra digging to find a few others along with a couple intellectuals who are not known for their trucking career. 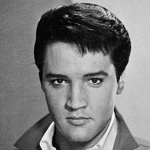 That’s right — the King of Rock and Roll was once the king of the big rig. A young Elvis started driving for the Crown Electric Company in 1954 making $1 an hour. Just shortly before his career took off Elvis was once told by a band member that he should stick to trucking “because you’re never going to make it as a singer.” 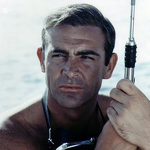 The man who played Bond…James Bond was once a driver…a truck driver. The retired and celebrated actor was not only a son of a truck driver but became one himself upon leaving the Royal Navy. Connery also went on to play the role of a truck driver in Hell Drivers before portraying Bond on screen. 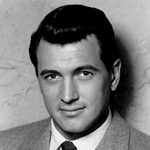 Rock Hudson was Hollywood’s leading man in the 1950’s and 1960’s but before making it as a premier actor he was Roy Harold Scherer Jr. the truck driver. Like many before and after him he moved to Hollywood with high hopes but those were put on hold so he hung around the area by working as a truck driver. Hudson’s illustrious career came to an unfortunate end after battling an AIDS-related illness — the first major celebrity to so. 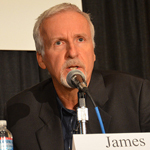 As a son of an engineer James Cameron enrolled in college as a physics major but was able to support his ambitions of becoming a filmmaker by driving trucks. After watching Star Wars Cameron decided to quit trucking and enter into the industry. “I got really energized by Star Wars” Cameron said. “In fact I quit my job as a truck driver and said ‘Well if I’m going to do this I better get you know better get going.’” 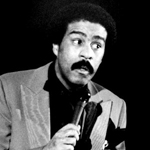 The wildly controversial comedian had quite the history before beginning his career as a comic. Richard Pryor was a truck driver and factory worker before joining the Army where he was discharged for stabbing another member during a fight. 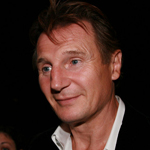 Liam Neeson has had an interesting career to say the least. Neeson may be best known for his role as Oskar Schindler in Schindler’s List or as a retired CIA agent in Taken but he was once a Guinness Brewery forklift operator and trucker in Ireland before pursuing his dreams as an actor. 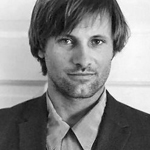 Viggo Mortensen was born in New York to an American mother and a Danish father but was raised in Argentina then moved back to New York before leaving for Europe. Sounds like an odd life right? Well it gets a little weirder. Mortensen also drove trucks in southwest Denmark and sold flowers in Copenhagen before making his film debut as an Amish farmer in Witness.

You name it Chevy Chase has probably done it. Chase dabbled in many professions before settling in as an actor and comedian; Chase once held jobs as a truck driver cab driver motorcycle messenger construction worker and a wine salesman just to name a few. 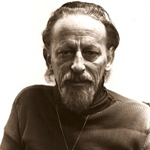 Theodore Sturgeon wasn’t much of a celebrity but was known for his talents as a writer of science fiction and horror. Like many authors Sturgeon worked hard to make ends meet driving bulldozers in Puerto Rico and driving trucks to make a living at one point. Truckers can get a better feel for Sturgeon’s work by listening or reading one of his more well-known novels The Dreaming Jewels. 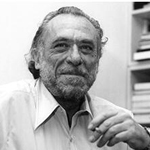 Another intellectual makes the list! Charles Bukowski was a well-renowned American poet and storyteller who had a large cultural and social impact. In order to support himself as a writer Bukowski worked many jobs including a truck driver. And who knows if some of his deepest inspirations came while he was on the road? Make sure to read or listen to one of Bukowski’s most famous work Post Office: A Novel!

Are there any other celebrities who were once truckers? Share with others on CAD’s Forum!
About The Author
Classadrivers.com