Youngest Driver of the Month in Company History 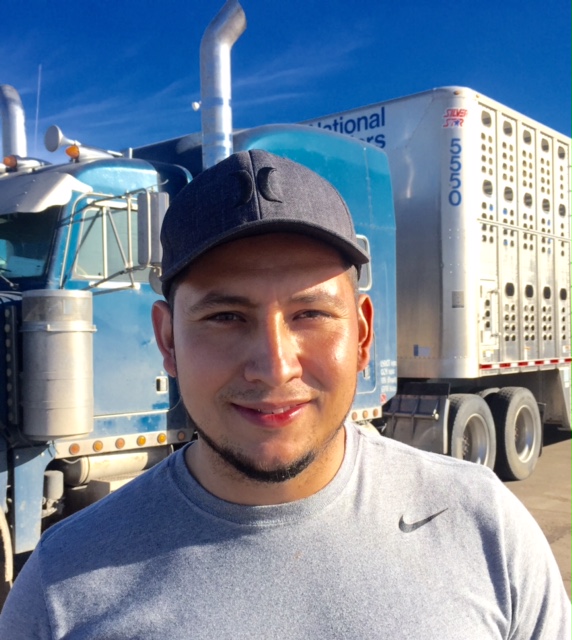 National Carriers Inc. has named Jose Contreras as Driver of the Month for November 2015. He was raised and educated in Garden City KS where he continues to live.  Contreras began driving for National Carriers at the age of twenty-three. After leaving for a brief period he returned in May of 2011. At thirty-one years of age he is the youngest person in the 47 years history of National Carriers to be recognized as driver of the month. Contreras owns and operates his truck and is leased to the NCI livestock division.

“My dad is a truck driver. My brothers and my uncles are truck drivers too. I like what I do I like working with cattle and my dispatchers are great people” Contreras shared.

National Carriers Livestock Division Director Jason Greer stated “Jose Contreras is a fine example of the quality of drivers in his generation. He is a respectable hard-working man who is dedicated to doing his job to the best of his ability. The future of NCI and the transportation industry as a whole will be in good hands with drivers like Jose leading the way.”