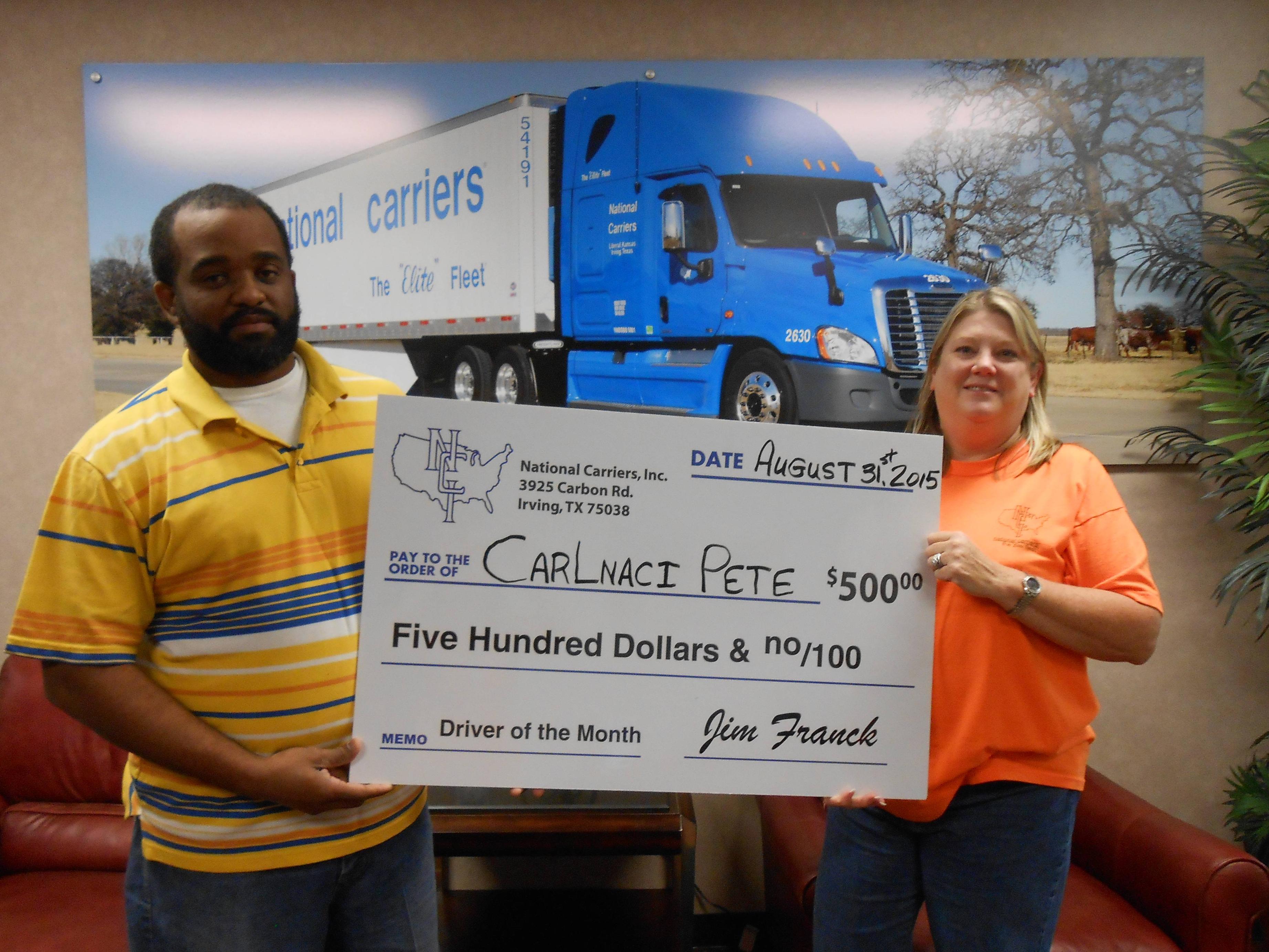 National Carriers Inc. has named Carlnasi Pete Driver of the Month for August 2015. Originally hired in October of 2002 Pete is a million mile safe driver at NCI. He currently trains new drivers within the NCI Driver Training Program. He is a resident of Florida and operates a company truck in the NCI 48 State refrigerated division. He is now a finalist for National Carriers Inc. 2015 Driver of the Year.

Debra Haley Pete’s driver manager stated that Pete is a leader among the “Elite” Fleet drivers in customer service and safety. She said “Mr. Pete is one of the drivers you know you can count on.  If you have a load that is going to be tight you know you can put it on him and it will be there. He is also a driver trainer that I trust to help the new drivers learn the trucking industry and be able to make a living at it.”