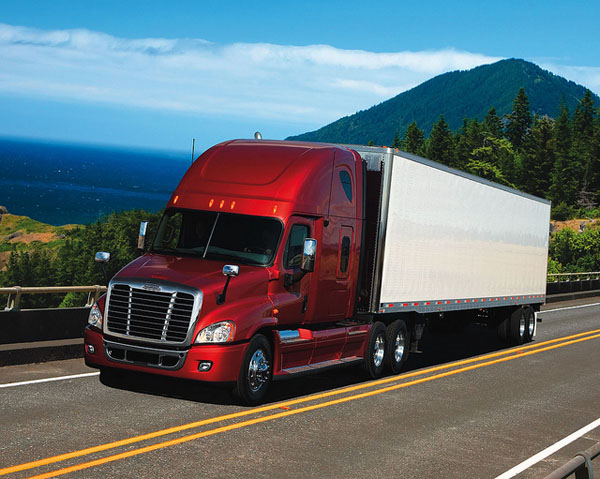 The Highway Trust Fund which is set to run out of money on May 31 has brewed an argument between the trucking industry and the railway industry on some of the proposed wording on the new bill.

The railway industry will lose billions of dollars if the trucking industry is allowed to carry larger loads under the proposed new language of the highway funding bill renewal.

The Highway Trust Fund finances billions of dollars in road construction projects bridge repairs and other infrastructure programs across the United States of America. If the wording is changed to allow the trucks to carry heavier loads that takes business away from the railway industry.

However the trucking industry’s argues that larger loads would mean fewer trucks would be on the road reducing the amount of congestion and possibility of accidents.

The trucking industry has rebutted with its own report stating that trucks with twin 33-foot trailers would be safer than the current twin 28-foot trailers now used on the roads. However they have admitted this is not an industry-funded report. Truck drivers have gone on record saying that 33-foot trailers are easier to maneuver get around corners work in tight areas and just frankly pull better. The trucking industry argues that by Congress allowing the longer trucks this could improve transportation efficiency without increasing the weight of the truck. They feel this is a win-win situation for both industries.

The trucking industry proposal of increasing trailer length would not only lower transportation costs but also improve road safety and reduce gas emissions and fuel costs.

Over the last 10 years the revenue from the Highway Trust Fund has exceeded $52 billion. That number is expected to climb near $167 billion by 2024 if a new source of revenue is not addressed.

Since 2008 Congress has been balancing the fund by just transferring money from the general fund. Just last August they transferred $10.8 billion to keep the fund afloat until it expires on May 31.

The gasoline tax is its main source of revenue but that tax has not been adjusted since 1993. Some in Congress feel it’s hard to do that today because American’s have more fuel efficient/alternative cars and simply just don’t drive as much as they used to. Tax reform has been an option that has been suggested as a revenue source for the fund. Congress has yet to meet about the issue…and time is running out.