Irving TX – Buddy Haston has been named September Driver of the Month for National
Carriers Inc. Haston owns and operates a truck on the Regional Southwest fleet. In December he
will celebrate 28 years of driving for the “Elite” Fleet. During his driving tenure at National
Carriers he has never had a reportable accident accounting for over four million miles safely
driven.

Al Love NCI Director of Driver Services nominated Haston for the recognition. “I nominated
Buddy for Driver of the Month because he is truly a truck driving professional. He started with
National Carriers in December of 1989 and since that time he has piled up millions of accident
free miles. He is very customer friendly and does everything in his power to deliver their cargo
on time every time. Several customers request him when they book their freight. The way he
treats his fellow man and his willingness to help any individual in need is a testament to his elite
personality and work ethic.”

During the past two years Haston has been nominated for Travel Centers of America / Petro
Citizen Driver Award. Both years he has reached the final 20 candidates being considered for the
award. 2017 winners will be named next year at the Mid-America Trucking Show in Louisville
KY.

National Carriers is a diversified motor carrier servicing all 48 states in the continental United States with
transportation offerings which include refrigerated livestock and logistics services. At National Carriers our
mission is to be the safest most customer-focused and successful motor carrier in our class.

Being part of the Elite Fleet® means enjoying a career worthy of your skills and commitment to excellence. We believe long-term success is waiting for you at National Carriers® one of the nation’s oldest most respected and largest carriers. Learn about our exciting opportunities for owner operators as well as company drivers. If you are interested in a leasing a truck National Carriers® Leasing Division is the ideal partner to help you get started. 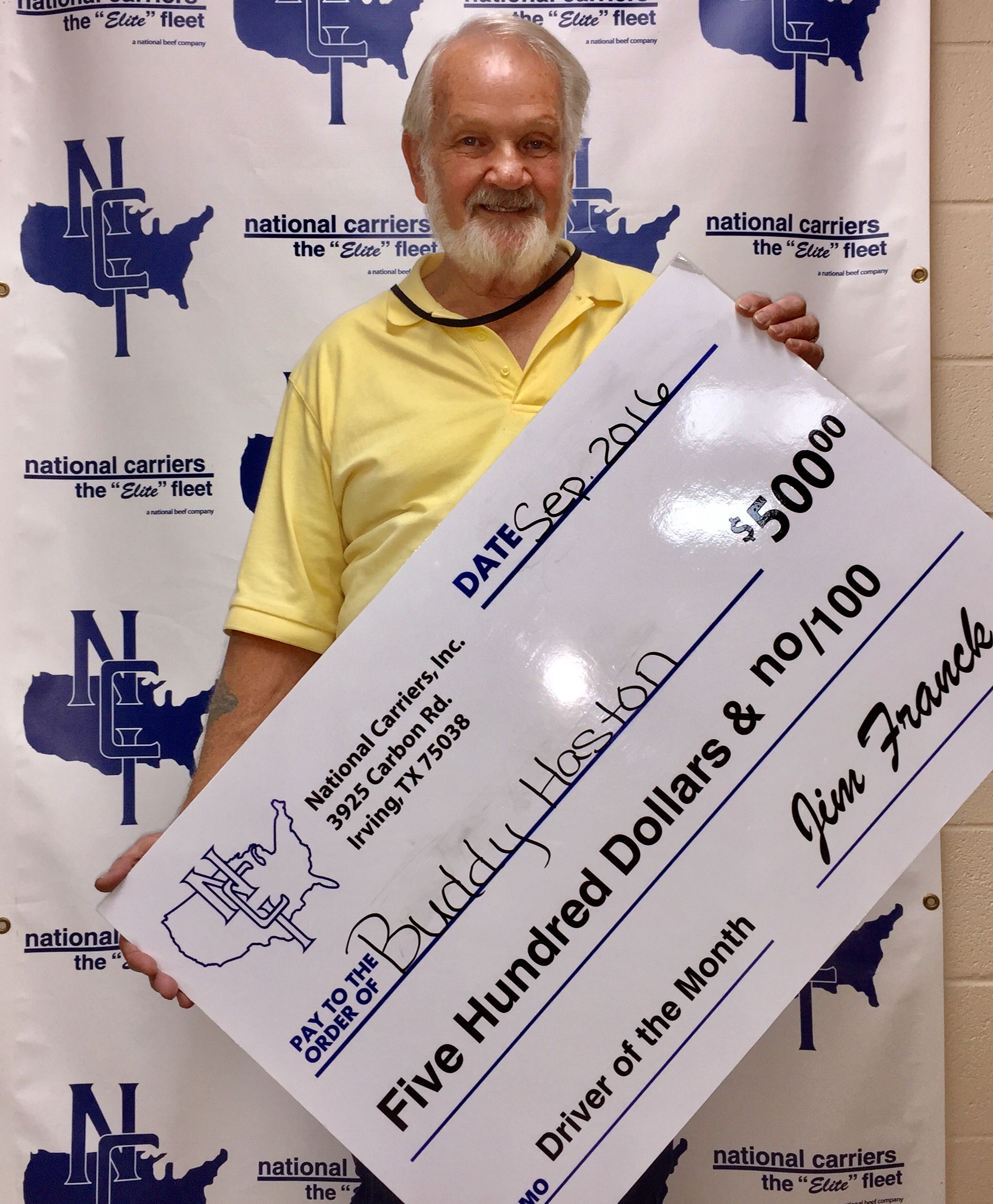